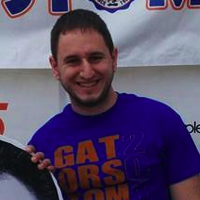 There were 11 trades in the NBA yesterday, and a good number of solid players switch teams. With so many moving parts, there's instantaneously a series of players who are impacted in daily fantasy hoops. And while prices adjust, there will be many guys in DFS basketball who are good values over the next few weeks.

Here are the ones who are impacted the most.

Rudy Gobert and Derrick Favors both get a boost with Enes Kanter leaving Utah, but itâ€™s Gobert that's almost a must own. Kanter has missed only four games up until now this season, but both Gobert and Favors flourished during those games. According to StatMuse, Gobert averaged 33.3 FanDuel points per game with Kanter out while only averaging 20.9 FanDuel points with Kanter in the lineup. Favorsâ€™ averages jump from 30.6 to 37.3 FanDuel points per game without Kanter, but he's quite a bit more expensive on most DFS sites. Itâ€™s also worth noting that Favorâ€™s minutes go up by four without Kanter, too, while Gobertâ€™s go up by more than 12.

If you need more proof for both of those guys, check out their numbers with and without Kanter on the floor this season. 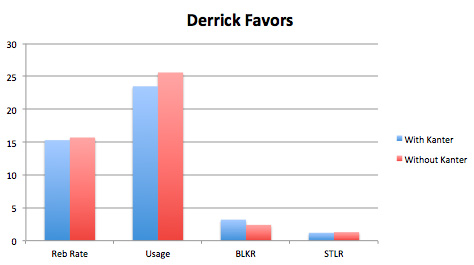 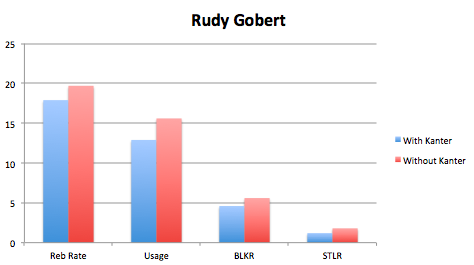 There is a ton of upside here with both of them, so take advantage.

Thomas was traded to the Boston Celtics yesterday, and we should fully expect him to be the starter and main point guard there. The Celtics donâ€™t have a lot of high-usage guys, and Thomas has hovered around the 26% usage mark this season with Phoenix and last season with Sacramento. His minutes should instantly increase from the 25.7 he was getting with the Suns this season, and considering he averages 33.7 FanDuel points per 36 minutes, itâ€™s hard to imagine Thomas averaging anything fewer than 30 FanDuel points in Boston from here on out.

Many didnâ€™t even notice that Isaiah Canaan was traded to the 76ers amidst the craziness that happened yesterday, but the young point guard has a bright future ahead of him. Take this as a grain of salt due to sample size, but Canaan has averaged 24 FanDuel points per 36 minutes in a little over 500 minutes in his NBA career. And that was on a team where James Harden and Dwight Howard dominated usage. 76ers GM Sam Hinkie said at his press conference today that Canaan is their point guard going forward this season, and that he really wanted him in the draft two years ago but Canaan was taken one pick before they could take him. Use Canaan with confidence as soon as heâ€™s available.

Dragic has really slowed down this season due to the arrival of Isaiah Thomas, but he hasnâ€™t been bad by any means. Dragic has still been extremely efficient by just about any metric, but has simply operated at a lower usage. His usage went down three percent this season while his minutes per game decreased by almost two. Not having the ball in his hands has also really hurt his assist numbers. In Miami though, Dragic gets a new start. With the unfortunate news that Chris Bosh could be out for the season, Dragic will get all the usage he can handle next to Dwyane Wade and the emerging Hassan Whiteside. An average of at least 35 FanDuel points per game should be expected.

Covington is averaging 22.5 FanDuel points per game when Michael Carter-Williams plays, but 28.9 when he doesnâ€™t. With Carter-Williams shipped off to Milwaukee, Covington should continue enjoying a high usage. He has also been on a roll lately, averaging 31.8 FanDuel points in his last eight games. His price still doesnâ€™t reflect his output on most DFS sites and he leads all small forwards in number of times heâ€™s gone over value.

Reggie Jackson improves strictly on volume alone. Now that heâ€™s in Detroit, heâ€™s going to play all the minutes he can handle. Earlier in the season, Jackson averaged an insane 37 FanDuel points per game when Russell Westbrook was out. He can easily match that value in Detroit, especially after we saw what D.J. Augustin did there in big minutes. All the signs point towards Jackson being a DFS All-Star in the near future.

No one is talking about Dieng, but he's going to be a big beneficiary of the Kevin Garnett â€“ Thaddeus Young trade. Dieng will probably see all the minutes he can handle in Minnesota, especially up until Garnet joins the team. He has a solid 17% usage and 17% rebound rate with Young out of the lineup according to nbawowy.com. His minutes will likely go up and considering he averages 33.15 FanDuel points per 36 minutes, he will be worth owning in lineups in the near future.

Shooter Versus Defender: The Batter Versus Pitcher of Daily Fantasy Basketball

The Biggest Winners and Losers of the NBA Trade Deadline

Which Players Exceed Their Daily Fantasy Basketball Value Most Often?