Why Austin Rivers Hurts the Clippers More Than He Helps 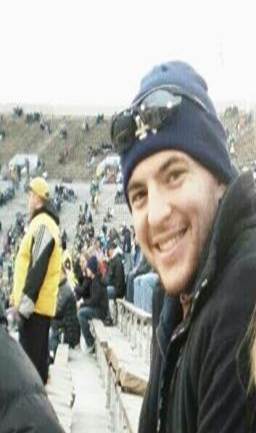 Less than one week ago, Austin Rivers found out that he was being traded to the Boston Celtics, only his second team since being drafted by the New Orleans Pelicans in 2012.

Prior to the trade, many believed that Rivers would not be in Boston for long, and the rumors began to pick up that he may be joining his father, Doc Rivers, in Los Angeles. Well, five days later, the rumors became reality, and Rivers was heading to play for his father, a first time occurrence in NBA history.

In receiving Rivers, the Clippers traded away small forward Reggie Bullock and shooting guard Chris Douglas-Roberts, and most recently have decided to waive another player: Jordan Farmar.

While everyone is debating whether or not the father-son relationship will work, let us stick to what you can not hide from the press: Riversâ€™ career statistics and his impact on the Clippers in the short term.

Since joining the NBA, Rivers has struggled to remain in the starting lineup, find his jump shot, and even earn minutes off the bench. His play continues to be criticized, with some even suggesting at one point in his career he should have been sent to the NBA D-League. According to Basketball-Reference.com, since being drafted 10th overall by the Pelicans, Rivers has played in over 75% of regular season games and averaged approximately 21 minutes per game.

In the 35 games Rivers has made an appearance in this year, his struggles on the court have continued, significantly affecting his scoring ability and playing time, having to compete with backup guard Jimmer Fredette.

For the Pelicans, Rivers shot 38.7% from the field and averaged 6.8 points per game. However, looking deeper into his shooting percentage, Rivers is has been shooting under 28% from outside 10 feet, further evidence that his struggles are taking a toll on his jump shot. Outside of attempting to score, Riversâ€™ has never been know for his hustle or scrappy play, which would explain why his average career player efficiency rating (PER) of 9.2 (league average is 15) and career win shares are just 0.1.

As Rivers heads West to join the Clippers organization, reports suggest that that the front office supports the decision to unite the father-son combo. Yes, Rivers will increase their two-point field goal attempts (attempts, not necessarily points) and will likely have a chance to increase his minutes due to the Clippers letting go three players for Docâ€™s son. It is possible that he will even get to play some point guard and handle the ball rather than shoot until he finds his rhythm. However, just because there is an open position for Rivers to fill, it does not mean that his skill set and productivity fills the void left behind from the three players leaving the team or significantly impact the Clippers championship run this season.

Even if Rivers finds where he left his jump shot (looks like he lost it in Oklahoma City on December 21st where he only scored four points, following a 21-point performance the night before), his current stats do not even make up for the Clippers losses. The chart below shows combined stats per 36 minutes by the three former Clippers players and the stats of Rivers through 35 games, suggesting the Clippers will need to add another player or hope Rivers steps up his game sometime soon.

Characteristics of Riversâ€™ current game are very similar to his scouting report out of college, struggling with the mid-range jumper and being labeled as a â€œball hog,â€ a type of player not addressing the immediate needs of the Clippers. This season, Riversâ€™ PER is currently 10.1, placing him 10th among players on the Clippers roster (the same spot Farmar was -- and you see how much he meant to the team).

As for our in-house metric, nERD, itâ€™s clear that Rivers wonâ€™t have much of an impact on the Clippers -- unless itâ€™s negative. Rivers has a nERD of -4.6, which indicates that, if he was a starter for the Clippers, he would take 4.6 wins away from their season-long total. He ranks just 115th in the metric of 137 qualified players. Douglas-Robertsâ€™ nERD is -0.7, Bullockâ€™s is -0.5, and Farmarâ€™s is -2.3. None of those guys added positively to the Clippers, but combined they were less of a detriment (-3.5) than Rivers has been this season.

The Clippers still rank third in team nERD and have the fourth-highest odds to win the title this year (9.2%), but this move doesnâ€™t appear to help that chance at all.

If Riversâ€™ last 165 games have shown us anything, itâ€™s that he will likely be finding himself deep in the Clippers bench fighting for time with 35 year old, Hedo Turkoglu, whose nERD is -0.4. (Yes, he still is finding some minutes).

From Dunker to Jump Shooter: The Evolution of Blake Griffin's Game

Why Aren't We Talking More About Chris Paul's Dominating Start?