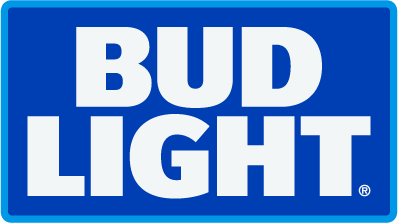 Pick your running mate and get ready to dominate. Win a trip for you and a friend to the NBA Finals. Play FREE.

Everybody has his or her favorite all-time tandem, but which duos had the best playoff runs in NBA history?

NBA legacies are solidified in the playoffs, but not even the best ever could have racked up rings by themselves. A sidekick -- or, in a lot of cases, a whole supporting cast -- goes a long way once the playoffs gear up.

To crack the code, we're relying on player efficiency rating (PER), a one-number, per-minute-adjusted efficiency stat.

And we're not letting one player do all the heavy lifting (we've all been there before). Each player to make the cut played at least 500 playoff minutes and maintained a PER of at least 20.0 (a league average PER is 15.0) in the playoffs that given year to qualify. This gave us 211 players to break down.

So, which teammates were the best in the playoffs, according to these numbers?

Baylor and West, two hall-of-famers, were the only two Los Angeles Lakers on this team to maintain a PER above 14.6 in the 1961-62 playoffs. Baylor averaged 38.6 points and 17.7 rebounds per game in the playoffs that season, carrying the load for this Lakers team.


In the end, Los Angeles lost in seven games to the Boston Celtics, despite 40.6 points and 17.9 rebounds per game by Baylor and 31.1 points by West in the Finals.

The 2004-05 San Antonio Spurs got to the Finals with just four losses in the first three rounds, but the Detroit Pistons took them to seven games for the title before the Spurs clinched it.

In LeBron James' first year with the Miami Heat, he was second-fiddle to Dwyane Wade. Miami won their first three series 4-1 before facing Dirk Nowitzki and the Dallas Mavericks in the Finals.

They didn't win a title this season, but Wade and James had one of the best showings by a pair of teammates in playoff history.

The 1979-80 Lakers produced a gentleman's sweep over the Phoenix Suns and Seattle SuperSonics before matching up with the Philadelphia 76ers in the Finals. Kareem and Magic averaged more than 40 minutes and 10 boards per game in the full playoffs.

This one is quite bittersweet now, but Kevin Durant and Russell Westbrook had a great 2011-12 playoff run. Each had strong contributions across the board and played big minutes. They swept the Mavericks in the first round, beat the Lakers 4-1 in the semis, and defeated the Spurs 4-2 in the Western Conference Finals.

They just weren't ready for James, Wade, Bosh and the Heat in the Finals. The Thunder lost 4-1 after winning Game 1 by a score of 105-94.

Steve Nash and Amar'e Stoudemire couldn't get past the buzzsaw that was the 2004-05 Spurs and lost 4-1 in the Western Conference Finals, but this pair did more, collectively, than Duncan and Ginobili during this particular playoffs. Joe Johnson and Shawn Marion each maintained PER marks of 18.4 in the playoffs, but this Suns team belonged to Nash and Amar'e.

Mike D'Antoni's Suns posted an offensive rating of 114.5 in the regular season but were held to just 104.0 points per 100 possessions against the Spurs in the conference finals.

This pair makes a triumphant return to the list. This season, James was the PER leader, and the Heat topped the Thunder in the Finals.

By the numbers, the 2000-01 combination of Shaquille O'Neal and Kobe Bryant was the best. The Lakers swept the Western Conference playoffs and dropped just a single game to the Allen Iverson-led 76ers.


They're the only pair of teammates to post PERs of at least 25.0 over at least 500 playoff minutes, but they don't have the best combined mark, thanks to elite performances from two of the best ever to play the game.

You were probably wondering where this tandem was. The 1990-91 season was the breakthrough for the Chicago Bulls, who finally reached the championship after six straight playoff exits.

This was Michael Jordan's best playoffs by PER, though he had three other campaigns with marks above 30.0 and wasn't below 24.7 in any of his 13 career playoffs. Scottie Pippen had his second-best postseason by PER, with his highest (22.8) coming in 1993-94, without Jordan on the roster.

After sweeping the Pistons in the 1990-91 Eastern Conference Finals, the Bulls rolled past the Lakers 4-1 in the NBA Finals after losing Game 1 by two points.

James came fairly close to a triple-double on the full playoffs during this campaign, including 2.3 steals and 1.3 blocks per game on a usage rate of 30.7%.

As for Irving, he really was that good. He used nearly the same amount of possessions (30.4%) as James did and generated 1.7 steals per contest in addition to 4.7 assists.