Have the Washington Wizards Become Relevant Again in the Eastern Conference? 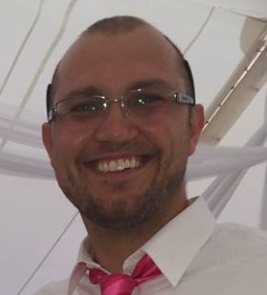 Ten games into this season, the Washington Wizards were one of the more disappointing teams in the league. New coach Scott Brooks won just two of his first 10 games, and the Wizards appeared destined for the lottery for the second straight season and the seventh time in the past nine years.

But Washington has started to show a pulse, winning three of their last four games to move two games back of the eighth-place Indiana Pacers. They're up to 23rd in our power rankings, and we give them a 27.6% chance of making the postseason, the 11th-best odds in the Eastern Conference.

Can the Wizards fully recover from the horrid start and make the postseason? Let's check it out.

Unlike several teams in the NBA, the Wizards give their starters huge minutes, with each of their five typical starters seeing at least 32 minutes per game. Star point guard John Wall leads the charge at 36.2 minutes while also leading the team in points, assists, steals and player efficiency rating.

Wall has been the star since his rookie year, but it may be his backcourt partner, Bradley Beal, who is the most vital to Washington's success. Beal's play has mirrored his team's in 2016, as he got off to a slow start but has picked it up of late.

Through the first 14 games, Beal was shooting 38% from three-point range. Through seven games in December, Beal has taken his game to another level. He's posting an offensive rating of 118 this month, and that has largely come from a blistering 46.7% three-point clip over the past seven games. The biggest concern for Beal continues to be his defense. His defensive rating is 112, which is the worst of his career and the second-worst mark on the team.

Counted on to be the Wizards' wing stopper, his 106 defensive rating isn't spectacular, but it leads the team among players who have played at least 200 minutes. Porter is also posting 1.9 steals and 0.6 blocks per game.

On the offensive end, Porter has taken a huge leap. He has a career-high 124 offensive rating that easily outpaces his teammates -- Marcin Gortat is second at 116 -- while posting career-best marks in points, field goal rate, three-pointers made, and rebounds. It's only been 24 games, so time will tell if Porter can maintain this pace, but he's been outstanding thus far.

With Beal, Wall and Porter all producing at elite levels, Gortat and Markieff Morris have rounded out the starting unit nicely, but the team will undoubtedly need more production from their bench. Like we mentioned, Brooks has been riding the starters, and Washington's bench sees the second-fewest minutes per game. With the lack of opportunity, the Wizards' bench ranks in the bottom-two among reserve units in points, rebounds and assists per game.

If Washington's reserves are going to up their game, they could use a second-year emergence from Kelly Oubre, who is essentially tied with Marcus Thornton for the most minutes off the bench. Oubre has seen a bump in playing time recently, seeing at least 21 minutes in five straight games, and he put up a career-high 19 points last week against the Milwaukee Bucks.

Another concern for the the Wizards is their poor 2-8 record on the road, which is better than only the Brooklyn Nets and Dallas Mavericks, who are a combined 2-21 away from home. The Wizards were a respectable 19-22 on the road last year, so maybe the 2-8 road start is a flukey byproduct of a small sample.

Lastly, the Wizards are struggling defensively. The Wizards rank 22nd in defensive efficiency, and they're allowing 106.2 points per game. Our metrics have them as the 21st-ranked defense.

The Wizards' biggest problem is really pretty simple: they're not a very good team.

Our models currently project the Wizards to finish with a 37.5-44.5 record. Over the past four seasons, the eighth seed in the Eastern Conference has won an average of 39.5 games. Going by that, Washington certainly has a chance, but the conference is on the rise. A year ago, 39.5 wins would've gotten you 11th-place, and the eighth-place Detroit Pistons won 44 games.

One saving grace for the Wizards is the fact that only one team in their division, the Charlotte Hornets (14-12), has a winning record. That said, Washington is still facing an uphill battle to get into the playoffs, and even if they get there, they're unlikely to do much damage.

NBA Position Battles: Should Patty Mills Start for the San Antonio Spurs Instead of Tony Parker?