New York Mets first baseman Adrian Gonzalez is not in the starting lineup on Tuesday.

Gonzalez was unconditionally released after going 0-for-3 while striking out in each at-bat on Sunday. He's been a total bust for the last two years, being salary dumped by the Los Angeles Dodgers after last season, outright released by the Atlanta Braves this year, and now this. The 36-year-old Gonzalez's best playing days are well behind him. 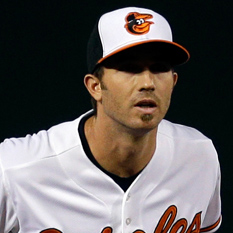