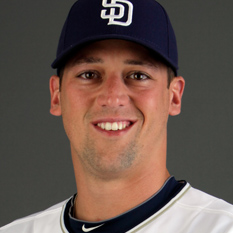 "There is no resolution yet, for any of them," Matheny said while discussing the ninth-inning role. "That's everybody. I don't think we have to have that decided right now." Cardinals president of baseball operations John Mozeliak believes the club has "three or four arms who can compete" for the job. Luke Gregerson entered camp as the frontrunner but has been bothered by an oblique injury, which has allowed for Dominic Leone, Tyler Lyons, and Bud Norris to potentially enter the picture. Gregerson and Leone will probably get the first couple of save chances but it sounds like the Cardinals intend on using a platoon to open the year.

numberFire's models still believe Gregerson will win the gig, and we project him to twirl a 3.22 ERA, 1.21 WHIP, and 25.8 strikeout percentage while earning 25 saves across 64 1/3 innings this season.