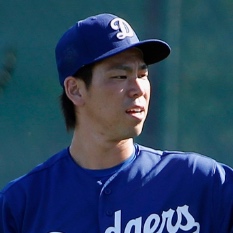 Kenta Maeda moved up in Dodgers rotation, will start Tuesday

Los Angeles Dodgers pitcher Kenta Maeda has been moved up in the rotation and will start Tuesday's game against the San Diego Padres.

Jose De Leon will have his start pushed back to Wednesday, still against the Padres.

Maeda has a strong 3.20 ERA and 3.67 SIERA through 30 games in his first major league season. He is also sporting a 25.1 percent strikeout rate and 6.9 percent walk rate through 169 innings pitched.