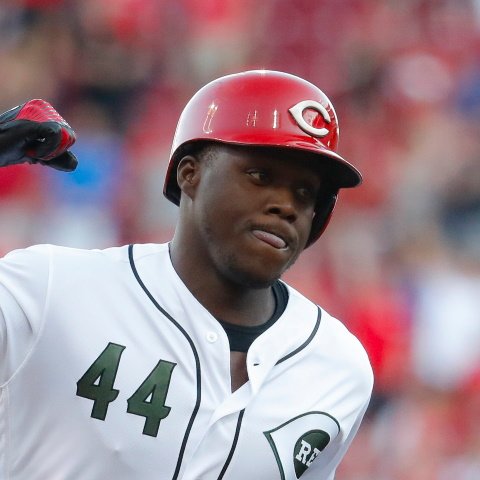 Cincinnati Reds outfielder Aristides Aquino is not in the starting lineup for Wednesday afternoon's series finale against right-hander Bryse Wilson and the Pittsburgh Pirates.

Jake Fraley will replace Aquino in right field, while Matt Reynolds will replace him in the lineup and hit seventh. Spencer Steer will be on third base for the Reds and bat second while Kyle Farmer shifts into the designated hitter role.

Fraley has a $7,500 salary on the single-game slate and our models project him for 12.2 FanDuel points. Per our MLB Heat Map, Wilson has the third-worst strikeout rate this season (15.5%) among Wednesday's listed starters.