Carlson will make his 12th appearance in the outfield after Lane Thomas was rested on Friday night.

In a matchup against right-hander Zach Eflin, our models project Carlson to score 9.7 FanDuel points at the salary of $3,000. 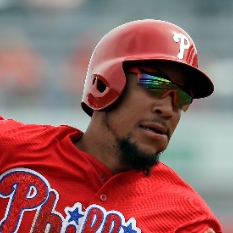