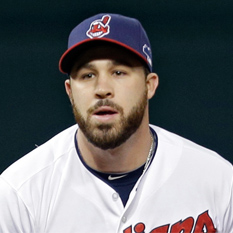 Kipnis hit a pair of solo dingers in a 4-2 win over the Tigers on Wednesday, but he's taking a seat for the series finale. Mike Freeman is covering second base for Cleveland.

Covering the Spread: Betting Implications of a 60-Game MLB Season With Nick Kostos