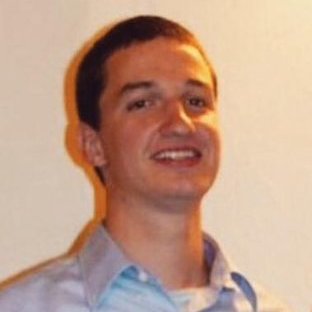 The contract also contains an opt-out clause for Kazmir after the first year. The Dodgers already lost their former number-two starter, Zack Greinke, to the Arizona Diamondbacks earlier in the offseason. Also, Johnny Cueto, another other top free agent pitcher of the winter, signed with the San Francisco Giants two weeks ago.

Greinke had an amazing year on the mound for LA last year, and his production will be difficult, if not impossible, to replace. But the addition of Kazmir definitely helps ease the burden.

But, Kazmir was then traded to the Houston Astros, as they tried to solidify their rotation for a post-season run. For whatever reason, Kazmirâ€™s numbers dipped in his 13 starts with Houston. He threw 78.1 innings for the Astros, went 2-6, and saw his ERA jump to 4.17 and his WHIP to 1.39. In Houston, Kazmir owned a 97 ERA+, so he was still about an average pitcher.

For the season, Kazmir registered a 2.01 nERD, which ranked 49th among pitchers, and a 3.3 WAR. His strikeout percentage of 20.3% and walk percentage of 7.7% were both league-average.

Kershaw should be just as dominant as ever after setting a career high with 301 strikeouts last season. The last time a pitcher struck out 300 or more batters was in 2002, when both Randy Johnson (334) and Curt Schilling (316) accomplished the feat.

The Dodgers traded for Alex Wood last year after he spent his first two and a half years with the Atlanta Braves. In Atlanta, Wood registered a 3.10 ERA over 86 appearances and 55 starts. In Los Angeles, his numbers dropped a little: a 4.35 ERA over 12 starts. However, he is a young pitcher, just 24 years old, and thereâ€™s reason to believe that next year, he will pitch like he did in Atlanta. Wood is a great number-two or -three starter.

As for Anderson, he set a career best with 180.1 innings pitched last season. He won 10 games, posted a 3.69 ERA, and finished the year with a 101 ERA+. Heâ€™ll be a solid back-end starter for Los Angeles as long as he stays healthy.

Hyun Jin Ryu is a wild-card for right now. In his first two years in the Majors, Ryu pitched extremely well for the Dodgers, starting 56 games, owning a 3.17 ERA, and registering a 111 ERA+. However, he missed all of last season with a tear in his labrum. Ryu says heâ€™ll be ready for the start of Spring Training in 2016. If so, Ryu could perform as a top-of-the-rotation arm and will certainly help the Dodgers on the mound.

Last season, the Dodgers won 92 games and won the NL West. Their division rival Arizona Diamondbacks and San Francisco Giants fortified their rotations this winter. But the addition of Kazmir and the return of a healthy Ryu will certainly ease LAâ€™s loss of Greinke.

Look for the Dodgers at the top of the National League yet again next season if the rotation goes according to plan.