Can You Trust Jose Altuve to Repeat His Fantasy Baseball Success in 2015? 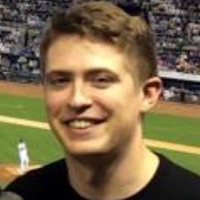 One of the most difficult challenges fantasy baseball managers face each draft season is determining which breakout seasons were real and which were aberrations. Baseball, like any sport, involves a significant degree of luck. Although it is impossible to strip the intrinsic existence of luck from baseball statistics completely, it is certainly possible to identify where the luck, or lack thereof, took place and whether or not it is realistically repeatable.

One thing to note before beginning this exercise is that the definition of a sustained breakout will differ from person to person. If a player reaches 80% of his prior year statistics, some may consider that a success, while others will consider it a failure. It is pointless to provide a definition of â€œsustained breakoutâ€ here, as there is no â€œone size fits allâ€ percentage. Instead, letâ€™s take a look at the numbers and you can decide for yourself!

â€œGiganteâ€ was already an above-average Major Leaguer before his explosive 2014 season. However, Altuveâ€™s improvement was so drastic and valuable that itâ€™s necessary to analyze the validity of his breakout year in fantasy terms.

Runs are one of the more random statistics in baseball. As a testament to how putrid Houstonâ€™s offense was in 2014, Altuve got on base more than 270 times in 2014 but scored only 85 times. Obviously, there is a ton of dependence on the performance of a playerâ€™s teammates in accruing this statistic, so there are more variables in scoring a run than hitting a home run. That being said, there are a few known variables about Altuveâ€™s conditions.

The first is what we already touched on: the Astrosâ€™ lineup is not very good. However, the additions of Evan Gattis, Colby Rasmus, and Jed Lowrie, as well as the advancement of their young players, should improve the lineup significantly. Still, this is not going to be an elite offense.

Secondly, despite Altuveâ€™s leading the MLB by 25 hits, he finished 14th in on-base percentage (.377). In case that doesnâ€™t make things clear, this means Jose Altuve does not walk, which is evidenced by his 5% career walk rate. For example, Jose Bautista had 158 hits last season but compiled a .403 on-base percentage. Simply put, Altuve needs to get a hit to get on base, so regression in batting average will surely plummet any run-scoring opportunities.

Please continue to the next section. In all seriousness, Altuve didnâ€™t break out as a power hitter, but to get the total fantasy picture, itâ€™s worth exploring. Altuve will likely struggle to break double digits in home runs at any point in his career. His size is the first detractor, as a 5'6", 175-pound player just simply doesnâ€™t have the body type to hit home runs in bunches. Second are Altuveâ€™s peripheral stats.

Joseâ€™s game is catered to his size, which sounds obvious but itâ€™s worth noting. About 72% of Altuveâ€™s career batted balls are line drives (21.8%) and ground balls (49.7%), so his fly ball percentage has hovered just under 30%. Given his profile, Altuve has only been able to get 4% of his fly balls out of the ballpark (home run to fly ball ratio), so continue to expect single digit home runs from the second baseman.

Like runs scored, runs batted in (RBI) depend greatly on a playerâ€™s teammates. Everyone knows that power hitters will typically have the highest RBI totals, as they are placed after hitters who can get on base frequently. Altuve is strictly a leadoff hitter, so the back of the Astrosâ€™ batting order would have to get on base for him. As we know, the chances of that are not likely. Even if the Astros had a great lineup from top to bottom, Altuveâ€™s isolated power (ISO = Slugging percentage minus batting average) is a minuscule .098 for his career. He is designed to get on base -- not drive in runs.

At this point, you might be saying â€œThanks, Matt. Altuve canâ€™t hit for power. Tell us something we donâ€™t know.â€ I want to provide the full fantasy picture of Altuve, but Iâ€™m well aware that his bread and butter are stolen bases and batting average.

Prior to the 2014 season, Altuveâ€™s career stolen bate success rate was 73.5% in the Majors, and he also hovered at a similar efficiency in the minors (71.8%). In 2014, Altuveâ€™s efficiency shot up to 86%. At the same time, Altuve recorded a career high 65 steal attempts, a 17-attempt jump over his previous career high. That combination of jumps in efficiency and volume allowed Altuve to break his career high in stolen bases by 21, but are those jumps sustainable?

It would not be fair to ignore that young players do get better, but itâ€™s likely safer to meet in the middle to project Altuveâ€™s 2015 season. If Altuve were to regress to an 80% success rate, he would have stolen 52 bases. That is still great, right? Yes, but what if we factor in a batting average regression, since Altuve does not walk? If Altuveâ€™s steals opportunities drop by 10 to 55 attempts, and his success rate regresses to 80%, heâ€™s looking at around 44 steals. If his success rate regresses back to its career norms, the steals drop to 40.

Altuveâ€™s .341 batting average was his career best by more than 50 points. Is it possible that a speedy young hitter improved? Of course, and thatâ€™s partially the case here. However, you still need to look deeper to see the regression potential. Altuveâ€™s average was propped up by an astounding .360 batting average on balls in play (BABIP). That is quite fluky and way above Altuveâ€™s career BABIP mark of .315. Even if Altuveâ€™s BABIP can stay closer to .330, a distinct possibility given his ability and speed, it would bring his average closer to the .300 to .310 range. Only 16 players hit .300 in 2014, so thatâ€™s still a great average to add to your lineup, but itâ€™s a lot different than hitting .341.

Per FantasyPros.com, Altuve currently has 13.2 Average Draft Position (ADP), which has been aggregated across six draft platforms. Personally, I wouldnâ€™t recommend spending that kind of draft capital on a player of Altuveâ€™s fantasy profile (high batting average and steals) unless that player was in an elite lineup and had Billy Hamilton levels of speed.

Altuve is still a great second baseman to get in your lineup, but when he must be drafted at the expense of Adam Jones (14.3 ADP) or Anthony Rizzo (14.3 ADP), I will personally pass.

How Absurd Was Jose Altuve's Month of June?