We're one game shy of a full slate, as today's 14-game main slate awaits us in MLB DFS.

Our daily helper is available every day to analyze FanDuel's main slate and help give you a starting point when you're building lineups. Be sure to also incorporate our great tools into your research process. Whether you're looking for daily projections, the latest starting lineups and weather, or batting and pitching heat maps to find the best matchups -- we've got you covered! 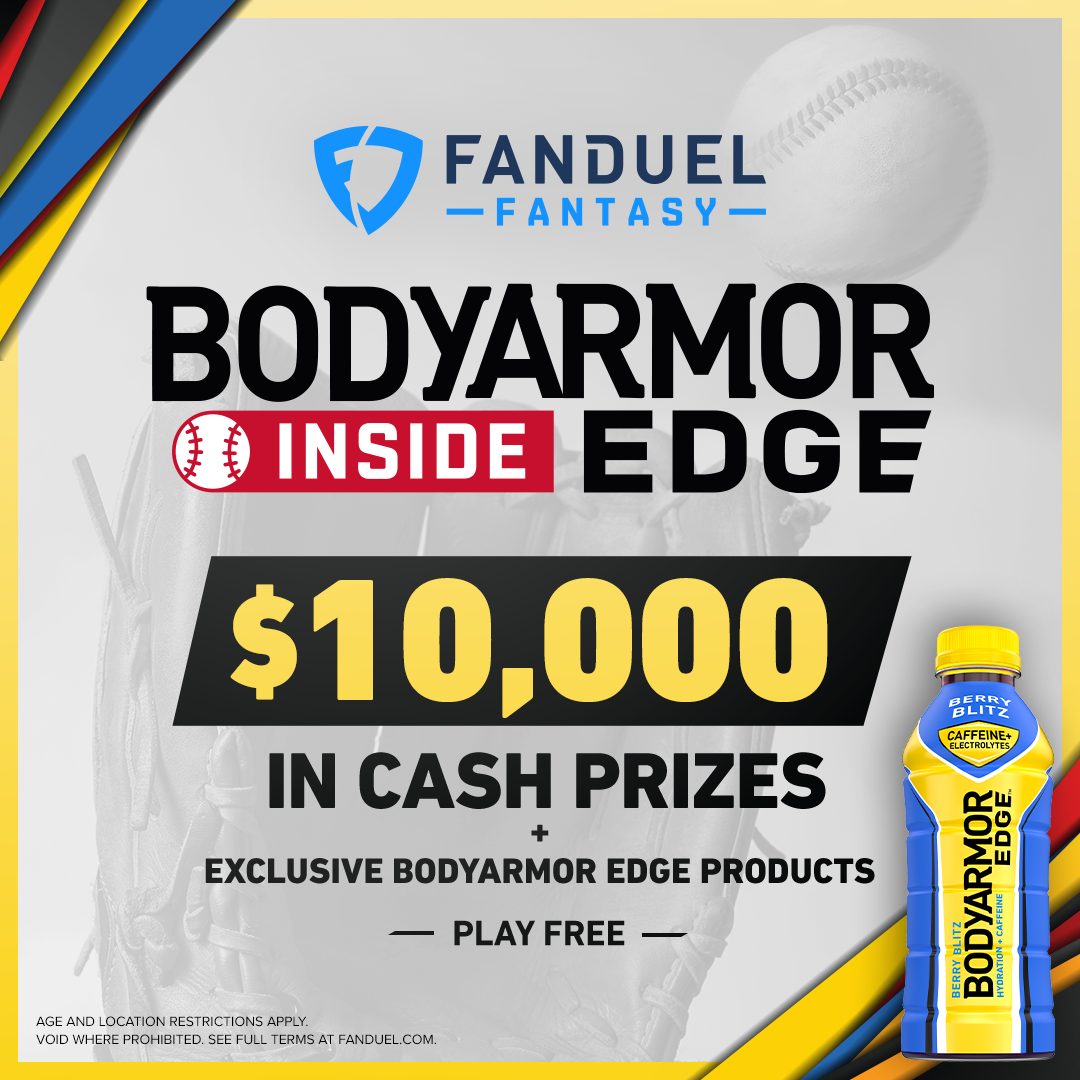 Let's check out the top options on today's main slate.

Cole is my top preference of the top four, followed by (in order) Fried, Manaea, and Gilbert.

Cease leads all main-slate pitchers in strikeout rate (32.7%) and backs that up with a second-best mark in called-strike-plus-whiff rate (30.6%). Unsurprisingly, he leads in expected strikeout rate (34.3%) in my projections.

Cease isn't flawless, of course. He's 17th in fly-ball rate and 26th in walk rate allowed. He could get himself into some trouble, yet the lack of pop from the Tigers shouldn't make him pay for his mistakes.

Logan Webb ($9,200) - Webb is another option in the $9,000 range, and we probably shouldn't get too eager for value arms on tonight's slate, given the sheer number of pitchers with high-upside potential.

Webb gets the Kansas City Royals, a team with an active-roster strikeout rate of 19.3% (5th-best in the bigs) but a wRC+ of 93 (24th) and a barrel rate of 7.1% (20th). Webb also will be in a pitcher-friendly ballpark. The expected strikeout numbers are a bit low, yet the floor should be high when you consider his great batted-ball data (he ranks fifth among the starters in hard-hit rate allowed and first in fly-ball rate allowed) along with the Royals' overall lack of power.

Senzatela ranks fourth on the slate in walk rate (4.8%) and fly-ball rate (26.6%) but struggles everywhere else. He's last in strikeout rate (10.6%) and ranks 24th in SIERA (4.92). That'll keep the Guardians' offense in play, especially because they've got a league-best strikeout rate offensively (15.4%). Overall, I'm projecting Senzatela for a lowly 7.2% strikeout rate. Yikes.

Atlanta Braves
The Atlanta Braves are getting a debut from Jackson Tetreault, who is projected for a 14.7% strikeout rate this season at the highest level -- along with a 5.48 FIP. Yikes. That strikeout rate would rank 27th on the slate, better than only Senzatela's in-season mark.


That helps quell some concerns about Atlanta's affinity to whiff (25.2% strikeout rate, 28th in the bigs) and let us get excited about their power potential (8.6% barrel rate, 8th-best, and .490 expected slugging, 3rd-best).

As a team, the Red Sox rank 9th in expected slugging and 10th in expected wOBA, and have rolled out a minimum-salary Robert Refsnyder ($2,000) in two of their past three games (both against lefties).