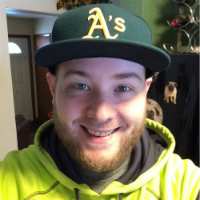 With the trade deadline passed for most leagues out there, owners are now solely dependent on the waiver wire and free agent pool to improve their team or gain an extra boost, which is generally when you can tell the truly dedicated from the casual owner. The good news is that every week a new crop of under-the-radar guys pops up with the potential for a big week. Do yourself a favor and check these four guys out if your roster is in need of a spark.

Note: All ownership statistics are an average of ESPN, Yahoo and CBS ownership numbers.

If anyone has ever qualified for â€œsleeperâ€ status, itâ€™s Arencibia, who currently sports an 8% ownership rate. But with an .186 average and .274 wOBA on the season, it makes sense why no one wants to touch Arencibia. We saw a bit of life from him this past week, hitting .333 with two runs, two homers and nine RBI. Arencibiaâ€™s best split is on the road against left-handed starters (.333, one double, two homers, four runs and three RBI), which is good news with all six of the Rangersâ€™ games away from Arlington, and four of them against right-handed pitching. Even the matchup against Chris Sale should be worth the risk if youâ€™re desperate.

Navarro has been on a tear recently, posting a .350 average last week, and hitting .378 in the last two weeks with six runs, three home runs and nine RBI over that time. All of the Blue Jaysâ€™ games are at home this week, where Navarro does his best work (.296, seven homers and 22 RBI) and does well against left-handed pitching (.294) and right-handed pitching (.297). He should put on an impressive display against the Orioles, and is hitting well enough that heâ€™ll hold his own against the fearsome Detroit Tigersâ€™ rotation as well. If youâ€™re desperate for help at catcher, Navarro is only owned in 26% of leagues, and is likely a much better long-term candidate than Arencibia, if youâ€™re conflicted about adding someone for a single week.

Entering this season, Alcantara was one of my favorite prospects, and I was itching for the chance to include him in this article. While he hasnâ€™t had a full-on breakout performance yet, Alcantara has been heating up, hitting .250 with two runs and a RBI last week. So far this season heâ€™s struggled against left-handed pitching, which is something he dominated at AAA, hitting .374 with a .557 on-base percentage and 1.085 slugging percentage. This could be Alcantaraâ€™s week to show us how well he hitâ€™s lefties, as he faces two-of-three lefty starters on the road at the very hitter-friendly Coors Field. After a three-game series on the road in Colorado, the Cubs return home for a three-game set against all right-handed pitchers, whom Alcantara is hitting .267 against this season. The uncertainty makes Alcantara a bit more of a risk, but the reward this week could pay off big, especially if you need an ultimate utility guy who can be started at nearly every position.

Martinez has had some impressive fantasy weeks this year, but a dreadful two-week stretch has pushed his ownership number down to around 80%. He quickly righted the shit this past week though, hitting .316 with six runs, two homers, four RBI and a stolen base, amassing 29 fantasy points along the way. All of Detroitâ€™s games are on the road this week, where Martinez enjoys his best splits. Theyâ€™ll face five right-handed starters, whom Martinez is hitting .352 against this year, as well as two left-handers (.280 average against). Martinez is primed for a big week and will likely put up better numbers than at least one of the outfielders currently on your roster.