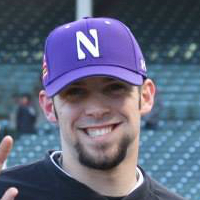 One of the reasons wins and losses are becoming less and less respectable stats is because pitchers can throw really well throughout the season, while their offense might be taking a break every fifth day. Chris Sale was one of the best pitchers in the league last year, but he only saw 3.20 runs per game in support. Ryan Dempster, on the other hand, had an ERA above 4.50 and a 4.68 FIP, but he had the league-best 6.07 runs per game in support from the juggernaut 2013 Red Sox offense, winning eight games.

Although the season is young, itâ€™s interesting to see who hasnâ€™t been getting the runs they need, and who really deserves them, too. Let's take a look.

Note: All stats where pitchers are among league leaders are among starters who have started five or more times.

Pitchers with the Worst Run Support

One combination that has never a boded well for a pitcher is allowing a lot of runs and having your team score you so few. Brett Oberholtzer of the Astros and Robbie Erlin of the Padres are two left-handers who pitched in just over 10 games last year in the bigs, and are in their first full season this year. Both have an ERA over 5.00, and while Erlin isnâ€™t getting much run support from the Padres with 2.00 runs per game, Oberholtzer is getting even less with 1.33.

They pitch for the two worst run-scoring teams in baseball, with the Astros 29th in the majors and the Padres last, scoring just 77 times. It doesnâ€™t look bright on the horizon for these two young guys, as they are going to have to try to turn things around with their pitching alone if they expect to start winning games./

Jon Lester has had a solid start to the season even though heâ€™s second in the AL with four losses. His respectable 3.10 ERA through six games ranks 16th in the AL. However, among the 27 AL starters who have a sub-4.00 era, he's one of the eight starters to have multiple losses, and is the only one who has more than two. Unfortunately, he struggles to get any run support from the Red Sox struggling offense, which has given him only 2.00 runs per game. His 2.55 FIP and 9.5 K/9 are promising, but his .268 batting average against is a bit concerning. He has managed to only walk eight guys, which is a great sign given that control is still not an issue for him.

Johnny Cueto has a 1.15 ERA and a 2.99 FIP, and that still hasnâ€™t been enough given his 2.00 runs per game support, going 2-2 through six starts. The righty has been a horse, going seven innings three times, eight once and nine twice. His 0.77 WHIP and 9.6 K/9 are both in the top 10 amongst NL starters, as is his ERA. There's no doubt that Cueto is one of the hottest pitchers in baseball, but he needs the Big Red Machine to produce some more runs for him so they can move out of third place in the NL Central standings.

The final guy on the list has been one of the nice surprised with the rest of the Braves lock-down staff. However, the Braves hitters arenâ€™t giving him enough support. Alex Wood's ERA is 0.93 point higher than the run support heâ€™s getting per game. He has a great WHIP of 1.125, and is continuing to use a healthy mix of his off-speed pitches to compliment his fastball that his averaging 90.1 MPH. Like Lester, Wood has four losses, even though his ERA is among the top 30 in the pitcher-heavy NL. His FIP is decent at 3.17, and Wood may be a guy that continues to struggle to get runs, mostly because they Braves have produced less runs than anyone in the league besides the Astros and the Padres.

Pitchers with the Best Run Support

C.J. Wilson hasn't been overly impressive thus far in the season, but he's been more than good enough for the Angels' offense, which has supplied him a little more than eight runs per game through the season. His two losses on the year have come when he has allowed four runs in one outing and six in another. His four wins came on the heels of offensive explosions, where the Angels scored 7, 9, 13 and 14 runs. His FIP (3.43) and WHIP (1.109) are good, but he needs to improve his FIP if unless he expects the Angels to continue churn out a surplus of runs when he pitches. His last outing was probably his most impressive, as he went eight with one earned run while striking out eight.

Jesse Chavez is a journeyman who found himself a comfortable spot in Oaklandâ€™s bullpen last year. Now, through six starts, he has a 1.89 ERA, 0.947 WHIP and a 2.63 FIP; so no matter how you look at it, he has been dominant.

His K:BB ratio is 5.13, thanks to his 41 strikeouts in 38 innings and 1.9 walks per nine. The only thing he really needs is about two runs a game, but heâ€™s getting over six. The Aâ€™s have supplied Chavez 7 runs once and 12 twice to his cause, and even though heâ€™s just 2-0, the Aâ€™s have yet to lose when he has started in a game. One thing Oakland has to like is that he has pitched well against all of the other AL West teams thus far, as five of his six starts have come against one of those teams.

Wei-Yin Chen hasnâ€™t been very mind-blowing this year, with a rough 4.34 ERA and a 1.586 WHIP to this point. However, he has been given almost seven runs per game from the respectable Orioles offense. Chenâ€™s FIP is much better than Wilsonâ€™s at 2.72 and ranks in the ALâ€™s top 10. Heâ€™s not very overpowering with his 91.6 MPH fastball, but his healthy mix of pitches has given him an 8.5 swing a miss percentage, which puts him just inside of the top 30 in the AL and at the same pace as

The White Sox are off to a solid start on the season (or at least better than their cross-town rivals), but Jose Quinta has not had the same type of luck. Even though heâ€™s getting a little over 6.33 runs per outing, the lefty hasn't done that well, with a 4.00 ERA and a 3.53 FIP. Quintana is looking decent with his healthy barrage of a slider, curve and change, and if he can cut down one walk or hit a game, he will be able to take full advantage of the nice support he is receiving.

What's Wrong with the Pittsburgh Pirates?