Thursday Night Football Betting: Our Model Likes the Patriots Against the Bills

Who Should Be the Leadoff Hitter for the Detroit Tigers? 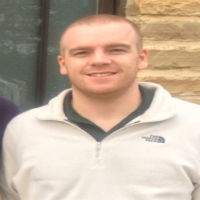 The Detroit Tigers had a busy offseason, wheeling and dealing to get the pieces they hope are good enough to win a World Series. The biggest move for them this offseason, which I mentioned in one of our weekly Burning Questions columns, was the Ian Kinsler for Prince Fielder trade.

Before I get into things that actually matter within the game of baseball, I want to first talk about the similarities between these two guys. Kinsler and Fielder must have been taught how to slide by the same coach, because sliding into third has given them too much trouble in their career. Someone get those two a Slip â€˜N Slide to help them practice, please.

And while their size difference doesnâ€™t keep both from looking terrible on the base paths, Kinsler and Fielder both have enough speed for an inside-the-park home run.

Lastly, not only have they been traded for each other, but they talked about a trade involving one another over three years ago.

Now, where was I? Right - one of the other big additions to the Tigers is their manager, Brad Ausmus. When Jim Leyland moonwalked his way out of his position as manager, Dave Dombrowski added an untested manager to the team.

While I donâ€™t plan on discussing the hiring of Brad Ausmus, it's impossible not to bring him up to discuss one of the biggest questions of the spring: What will the Tigers lineup look like in 2014? Because nobody really cares if Andy Dirks or Alex Avila will hit sixth in the lineup, letâ€™s focus on the most pivotal part of the Tigers lineup: the leadoff position.

In the Tigers first spring training game, Ausmus rolled Ian Kinsler out as the leadoff hitter against Florida Southern. This doesnâ€™t come as much of a surprise due to Kinslerâ€™s experience leading off (662 games out of 1,062). He has hit at every spot in the order outside of the cleanup role, but has seen no more than 118 games at any other spot.

But is he the right man for the job? When looking at who should leadoff for the Tigers, there are many things to think about now that Prince Fielder is in Texas. Who will protect Miguel Cabrera and Victor Martinez? Inversely, who will benefit from Miguel Cabreraâ€™s protection? And most importantly, who will be the most comfortable and best player as the leadoff hitter?

The leadoff battle is really only between two players: Ian Kinsler and Austin Jackson. Thereâ€™s no one else on the roster that would be a better option than those two.

Comparing Kinsler and Jackson is difficult because they are two very different players. They both donâ€™t walk a whole lot (Kinsler 9.6% and Jackson 8.6%), but only one strikes out plenty (Kinsler 11.9% and Jackson 21%).

They both have career averages in the .270s, but because of Jacksonâ€™s strikeouts, he has a much higher career BABIP (Kinsler .281 and Jackson .361). This low BABIP difference also is influenced by the drastic differences in GB/FB (ground ball to fly ball) ratio and IFFB% (infield fly ball rate). Jacksonâ€™s career GB/FB is 1.41, and his IFFB% is just 2.8%. This is much different from Kinsler who owns a .79 career GB/FB ratio and an IFFB% of 11.9%.

From looking at those numbers, itâ€™s safe to say that Kinsler puts the ball in the air a little more than Jackson. Two numbers - HR/PA and ISO - reinforce that thought. Kinsler has hit a home run in his career once per 30.7 plate appearances, a big upgrade from Jacksonâ€™s one home run per 61.3 plate appearances. Not surprisingly, Kinslerâ€™s career ISO (isolated power) of .182 is much higher than Jacksonâ€™s .138.

While power isnâ€™t usually associated with leadoff hitters, speed is. Like power, Kinsler holds the upper edge with a stolen based once every 27.9 plate appearances compared to Jacksonâ€™s one stolen base per 37.3.

But with all of this said, letâ€™s not only talk numbers, but theory as well.

Kinslerâ€™s combination of power and speed is a rare thing for the leadoff position, and with the Tigers, it can bring extra punch to the lineup at the top. While the clichÃ© goes â€œif it ainâ€™t broke, donâ€™t fix it,â€ there is something to be said for a team trying to take that next step. Jackson has been the leadoff hitter since his rookie season, and the Tigers have come up short each time theyâ€™ve made the playoffs. In those important playoff games, Kinsler has hit .311 in 122 at bats with the Rangers, while Jackson has hit .233 in 132 at bats.

Itâ€™s this kind of move that allows the Tigers to get their best four hitters the most at bats this season and in those playoffs. If Ausmus looks at Jackson to hit first then youâ€™re bumping a .300 hitter (Torii Hunter) for the last two seasons to fifth and adding a career .278 hitter with little power into the first four batters. Even while Kinsler has struggled with his batting average the last three seasons, he has still managed to post a better OBP in two of the last three seasons.

With all of this getting on base, it only matters if you can do something with it. We already know Kinsler steals bases at a better rate, but an interesting stat called UBR (Ultimate Base Running) measures a base runnerâ€™s ability without including stolen bases and caught stealing. In the last four seasons, Kinsler has posted an UBR of 14.6 while Jackson has posted just a 10.2.

Hitting in front of three players that have hit over .300 for two seasons in a row, the ability to run the bases is very important to producing runs. The Tigers were a very station-to-station team last season, and an experienced base runner like Kinsler could be one of the reasons why that perception is gone by the end of the 2014 season.

To defend the claim that Austin Jackson has been a better hitter then Ian Kinsler seems a bit foolish after looking at what theyâ€™ve done in their careers. The former Texas Ranger has hit for about the same average, but added more stolen bases and home runs.

Jackson has obvious strikeout problems, and doesnâ€™t provide much power. But seeing pitches as a leadoff hitter is an important part of the game, and Jackson actually saw more than Kinsler last season. In fact, Jackson has seen more pitches per at bat than Kinsler in each of the last four seasons. And itâ€™s that lack of power that makes the move of Jackson to the five hole an odd decision to me.

The domino effect of Jackson as leadoff is simple. Push Kinsler to second and bump Hunter down to fifth in the order. This does two things. It allows Kinsler some of the best protection in the game, and it gives Martinez a .300 hitter behind him to protect him.

Because we're naturally all about numbers at numberFire, Iâ€™m going to flood you with them now.

Over the last two seasons, the batter in front of Miguel Cabrera has benefited greatly from the back-to-back MVPâ€™s protection.

Last season, Torii Hunter hit .343 in games where he hit in front of Cabrera, a huge step up from his career average of .279. In 2012, three players had 40-plus starts in the two hole, and two of the three hit above their career average. Omar Infante hit one point higher than his current career average of .279 (2013â€™s .318 average included), Andy Dirks hit .19 points higher, but Quintin Berry hit five points lower.

Could Kinsler be next?

The Detroit Tigers not only have a new manager to welcome to the team, but many new pieces that should prove pivotal to this season. With all of these changes, Ausmus has to figure out how to use Ian Kinsler in the lineup. At least for now, it looks like heâ€™s going to plug him in as the leadoff hitter.

Only time will tell, but I donâ€™t believe thatâ€™s the right move. I would roll with Jackson leading off and Kinsler following him in the lineup.