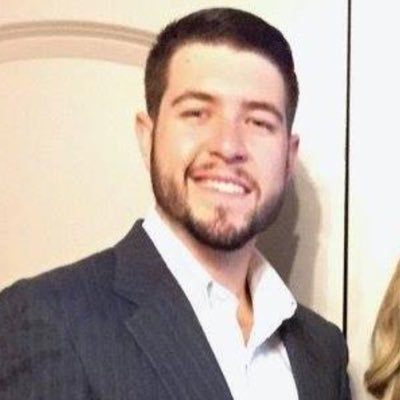 ThomasLiscio  —  @TJL_247 Apr 12th, 2017
Share on Facebook Share on Twitter
Gomez had been on thin ice in the closer's role since late last season, and the Phils finally pulled the plug. Here's why it was the right move.

A week into the 2017 season, the Philadelphia Phillies have mixed up their roles in the bullpen. Right-handed pitcher Jeanmar Gomez is no longer going to be called on as the man to shut the door in the ninth inning when the game is on the line.

Let's take a look Gomez's struggles and see who should be closing the door for the Phillies.

Taking the young season solely into consideration, Gomez almost cost the Phillies two games within the first week. With Philadelphia up 4-1 in the bottom of the ninth on Opening Day, Gomez allowed a two out, two-run home run Cincinnati Reds' second baseman Scooter Gennett. While Gomez got the final out and the Phillies won their first Opening Day game since 2014, manager Pete Mackanin stated that he was concerned with Gomez after the 4-3 season-opening win.

So when Gomez gave up a game-tying, pinch-hit, three-run home run to Ryan Zimmerman in the top of the ninth inning in last Sunday's series-deciding game against the Washington Nationals, that broke the proverbial camel's back. Luckily for Philadelphia, second baseman Cesar Hernandez came up with an RBI single in the bottom of ninth to win the game, 4-3, and take the series away from the reigning division champions.

However, the luck ran out on Gomez as closer for the Phillies on Tuesday when management initiated the switch to a new ninth-inning man. Bill Baer of Hardball Talk noted some of the struggles Gomez had been going through towards the end of last season, and it has been duly noted by many outlets that if the struggles continued, changes would be made.

The struggles continued and a change has been made. However, the struggle bus, for Gomez and the Phillies, has been chugging along since the end of the All-Star break last season. Philadelphia went 29-43 since the midsummer classic, and Gomez's production during the second half all but fell apart.

Since August 14th of last year, the Venezuelan product was trotted out 19 times and only registered 15 innings of work. During those 15 innings, 22 earned runs were scored, and Gomez accumulated a 13.20 ERA, .403 opponent batting average and .611 slugging percentage on 29 hits allowed.

And thanks to Fangraph's analysis on Gomez's pitching, it is noticeable that his strikeout rate was an awful 12.3%. Of the 29 hits, 83.8% them (24) were hit with either medium or hard contact, and 48.4% of balls batted were either line drives or fly balls.

The Phillies announced on Monday, prior to the 4-3 loss to the New York Mets, that veteran right-hander Joaquin Benoit will now come on in these high-leverage situations. Benoit was on the Seattle Mariners and Toronto Blue Jays in 2016, but he singed a one-year, $7.5 million deal with Philadelphia in the offseason to bolster the back of the bullpen.

The Phillies do have other options if Benoit is unable to complete the task of holding a lead in the late innings. Todd Zolecki of MLB.com noted before the move that Benoit, Hector Neris and Edubray Ramos were all in consideration for the gig if Gomez continued to falter.

Philadelphia has obvious trust in those three, but they tabbed Benoit to shut the door. Not only is he a former closer -- notching 51 career saves -- but after he was traded to the Toronto Blue Jays in 2016, he posted some eye-popping numbers. North of the border, Benoit faced 93 batters in 23 2/3 innings pitched, allowing 1 run (a solo home run), 17 hits and 9 walks.

As noted earlier, Neris, Ramos and even Pat Neshek can be relied on in late-inning roles. However, if the Benoit experiment goes sideways, Neris will likely be the next one to slide into the closer role.

Neris has had some pretty impressive numbers in his young career, especially last season. In 79 appearances in 2016, he racked up 31.1% strikeout rate, 16.3% swinging-strike rate and 3.30 FIP.

It is understandable that Mackanin and the Phillies management gave opportunity to Gomez early in the season, but the fact that they pulled the plug on the operation a week into the campaign seems like a sign that Philadelphia has intentions on trying to compete in 2017. Our models don't see that happening, though, giving the Phils a meager 1.9% chance of making the postseason, the lowest odds of any team not named San Diego.

Moving Gomez out of the closer role may not have a big impact on their playoff chances, but in the rare times when Philadelphia has a lead heading into the ninth, Benoit should give them a better chance of nailing down the victory.