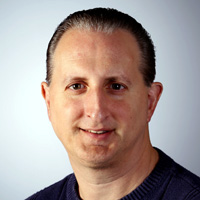 Mark Melancon has moved on to San Francisco, so who will be the Nationals' new closer?

Washington may continue to pursue one, but for now, it looks like the job will go to one of two in-house candidates: Shawn Kelley or Blake Treinen. Kelley had 7 saves, 14 holds and a 2.64 ERA last season, while Treinen had 1 save, 22 holds and a 2.28 ERA.

Shortstop Trea Turner put up incredible numbers as a rookie last season in only 73 games (.342, 13 homers, 40 RBI, 33 steals), but is he worth a late first-round pick? He's currently going 10th overall in NFBC drafts.

Starting rotation health continues to be the focus of the Mets. Jacob deGrom, Matt Harvey, Steven Matz and Zack Wheeler are all coming off surgery of some kind. Can any of them be trusted to make at least 25 starts this season?

Also, closer Jeurys Familia could be facing a possible suspension (30 games has reportedly been mentioned) for his domestic violence case, leaving the ninth inning currently up for grabs. That could be Addison Reed's job for the time being, who was terrific as the set-up man in 2016 (1.97 ERA, 0.94 WHIP and 91 strikeouts in 77.2 innings pitched).

The Marlins will try to piece together a rotation after the tragic death of ace Jose Fernandez, who was killed in a boating accident at the end of last season.

It's worth noting how low outfielder Giancarlo Stanton is currently going in NFBC drafts (38.9 average draft position). Despite his prolific power, he's hit fewer than 30 homers in 3 of his past 4 seasons mostly because he hasn't been able to stay on the field (more than 119 games played just once since 2013).

With first baseman Ryan Howard no longer on the team, second-year player Tommy Joseph will get a chance to be the Phillies' everyday first baseman. He showed some pop in his rookie season, hitting 21 homers in 315 at-bats (107 games), which would've put him on a pace for 31 homers had he played a full season.

Since he's currently the 16th first baseman going off the board in NFBC drafts, he's a late-round steal with that power potential.

Manager Brian Snitker is confident about Dansby Swanson hitting second in the lineup, which could be an ideal spot since he'll likely hit in front of Freddie Freeman and Matt Kemp, who combined for 69 homers last season. Swanson, the top overall pick in 2015, has the potential to contribute in both speed and power categories after an encouraging debut (.803 OPS and 107 wRC+ in 129 at-bats last season).